Get Ready! Excitement is Building for the 2024 “Great North American Eclipse!”

It’s been about 4 years since the spectacular total solar eclipse of 2017 that swept from Oregon, across the United States, through the middle of Missouri, on to South Carolina, and out into the Atlantic Ocean. It was the first total solar eclipse to touch the contiguous 48 states in 38 years, and the first since 1918 to go from coast to coast.

Remember? The weather was clear for most in the path of totality, and millions of people looked to the skies to witness the moon creep across and cover the sun. We witnessed the bright flash of the diamond ring as the sun sank into darkness, and we observed the glowing streamers of the sun’s outer atmosphere. Yes, it got dark. Animals became restless and changed their behaviors. Birds went to roost, and insects sang. But it wasn’t what most of us had imagined, it was different, and it was better. Words and predictions cannot convey the feeling of a total solar eclipse.

But, the best is yet to come! In just 3 short years, on April 8, 2024, Missouri will once again be in the path of totality, which will cut across the Southeast part of the state, through such towns as West Plains, Poplar Bluff, and Cape Girardeau. This time the sun’s shadow will start in Mexico and sweep northeast, entering Texas, moving across the Heartland through Oklahoma, Arkansas, Missouri and Illinois, then on through Indiana, Ohio, and up into the northeast, completing its journey in Canada. This time the path of totality will be wider, the duration of totality will be longer, and the number of people residing within the band of totality will be nearly three times as great as in 2017. We will even get an eclipse ‘preview’ with a partial annular eclipse visible throughout Missouri on October 16, 2023! 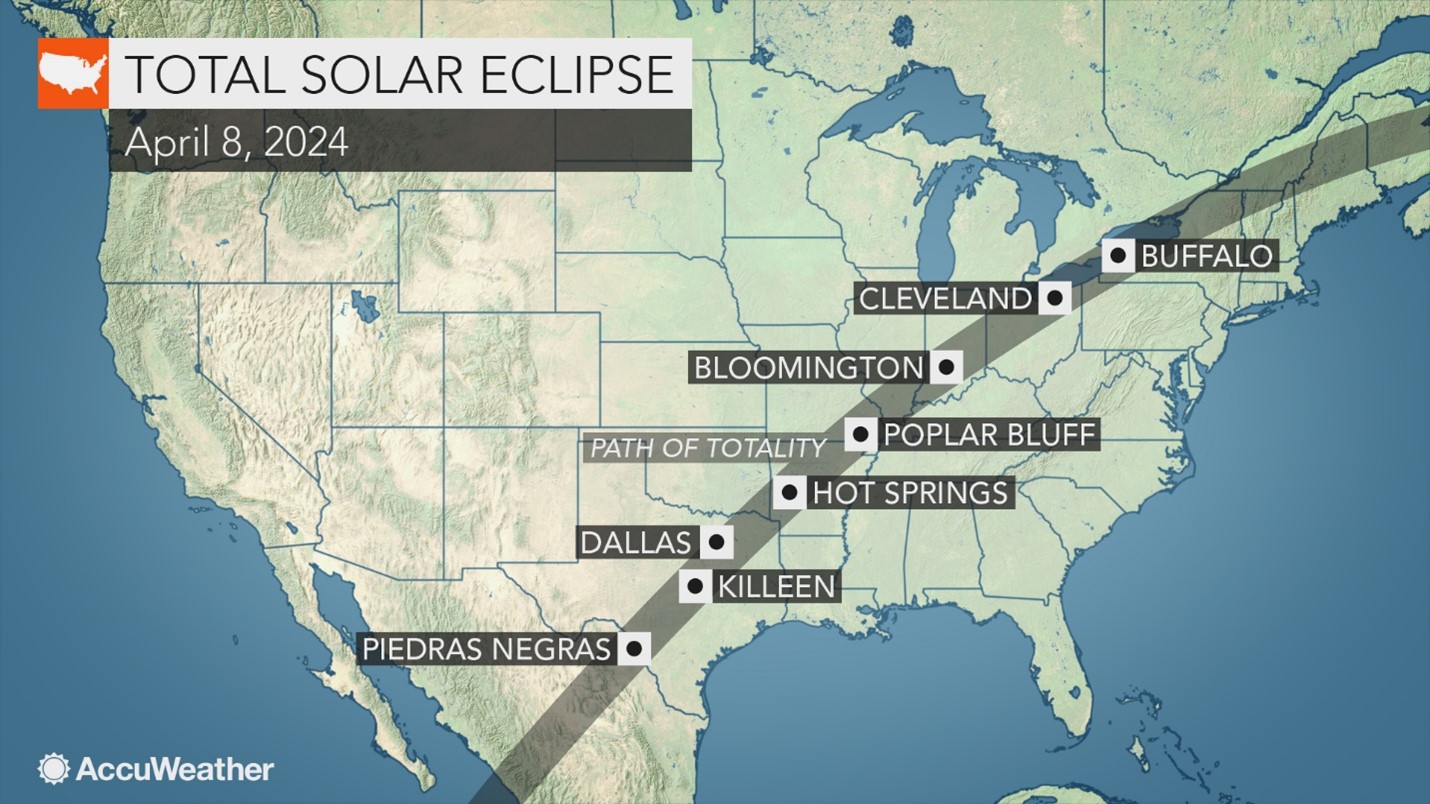 The April 8, 2024 Total Solar Eclipse has the potential to be an amazing event.  The total eclipse of the Sun will be visible across the continental United States for the first time since August 21, 2017.

During a 2021 conference of the American Astronomical Society, Dr. Kate Russo, Author, Psychologist and Eclipse Chaser, compared the circumstances of the April 8, 2024 compared to the August 21, 2017 Total Solar Eclipse:

The 2017 total solar eclipse was the first to touch the "Lower 48" since 1979 and the first to span the U.S. from coast to coast since 1918.  The April 8, 2024 will cross Mexico, sweep northeast from Texas to Maine, and then darken the Canadian maritimes. A partial solar eclipse will again be visible to nearly everyone in North America fortunate to have cloud-free skies.

Southeast Missouri is fortunate to be within the path of totality as noted by this map provided courtesy of GreatAmericanEclipse.com